"I'm a great believer in natural health; I avoided giving antibiotics to my children and have always used homeopathy. I eat a fully vegetarian, mostly raw diet, and I don't eat before noon, as that is when the body is still in its elimination period.

"My main supplement is a multinutrient called Maximol Solutions from Neways. It's an organic liquid formula, containing vitamins, minerals, enzymes, amino acids and trace elements designed to be easily absorbed into the body.

"I also take Revenol, a complex antioxidant formula that contains pine bark extract, grapeseed extract, curcuminoids and ginkgo biloba, and vitamins C and E. I believe antioxidants are vital in the fight against damaging free radicals, which you could describe as the rusting of the body. This is my way of protecting against the effects of ageing.

"I started running, and training for the Flora 5k run last summer, so I thought I'd try an extract of the cordyceps mushroom called Ming Gold that's supposed to be good for stamina and help strengthen your lungs. This was trialled by Chinese female athletes some years ago - they took it while they were training for the Olympics, and running marathons in the Himalayas.

"Six months ago, I had a boil under my arm, so I began taking Hawaiian noni juice, which is extracted from the nutrient-loaded Noni fruit. It's amazing stuff; it's said to be antitumour, anti-viral and antibacterial. It's an adaptogen, which means it works where the body needs it most. I took three cupfuls and the boil totally disappeared. Now I take a small amount every day."

Breakfast: One cup of coffee.

Dinner: Usually raw and consisting of a big salad made from lots of vegetables such as avocado, onion, garlic, beetroot, tomatoes and spinach, and all varieties of rice. I don't eat meat. If I do eat cooked food, it's Indian.

Snacks: Vegetables and fruit, rice or corn cakes or Ryvita.

Drinks: At least two litres of water, an occasional vodka and pineapple juice.

Exercise: Visit the gym once or twice a week for an hour each time. Swim once a week forhalf an hour. I also walk everywhere and have just acquired a bicycle.

Supplements: Neways Multivitamin 15ml per day, Revenol One or two tablets a day, Noni juice 15ml to 30ml a day, Ming gold One or two a day

"Susie's diet is adequate, but there is no advantage to eating raw, rather than cooked food. She doesn't need two litres of water a day - the fruit and vegetables will provide a lot ofwater anyway. She probably doesn't need two different vitamin and mineral supplements, but she will need the vitamin B12 in the Maximol, as her diet contains very little. She doesn't need any more vitamin C and both supplements contain a variety of concentrated plant antioxidants of the same sort as she is already getting in large amounts from her high intake of fruit and vegetables. The cordyceps mushroom extract contains a variety of biologically active compounds, not all of which are known to be harmless. There is little evidence that noni juice has any beneficial effects, although a great many claims are made for it." 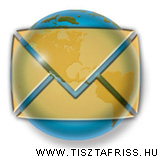